However, South African Police Service (SAPS) and the South African National Defense Force (SANDF) were urged to “exercise greater tolerance and apply minimum force in the implementation of their duties as has been mentioned by the President”. Also Police and soldiers have been accused of using excessive violence, despite President Cyril Ramaphosa’s instruction that the public should be served with respect and responsibility.

This also follows various footages that arecirculating on social media which portrays law enforcement using unnecessary force against citizens who do not obey with lockdown principles. Yet, the SAHRC said it would continue to “monitor the observance of human rights during the national lockdown”.

Sabelo Khoza , Protea Glen resident articulates that , “this violation of right of citizens isn’t okay, why can’t the SAPS and the SADF call people to order moderately than beating them to death. Now the death toll of SAPS and SADF killing citizen has reached 9 deaths. Must we be killed by Covid-19 and our security services”?

Lockdown measures must be constitutional, The UN human rights experts have declared that “emergency declarations based on the Covid-19 outbreak should not be used as a basis to target particular groups, minorities or individuals. It should not function as a cover for repressive action under the guise of protecting.” Reports of police and security forces assaulting citizens and using excessive force to clear streets or control queues at shopping malls send a chill down the spine – batons and rubber bullets have been used against citizens. The country saw a video clip on social media of soldiers beating and kicking a man, with the police acting as spectators.

The South African National Defense Force has released a statement confirming an incident did take place when a man was allegedly beaten to death by soldiers in Alexandra, north of Johannesburg on Friday 11 April 2020. Reasoningbehind the assault was that the 40-year-old man was drinking alcohol with a friend inside the yard of the friend’s house. According to IOL, this brings the citizen death toll by police and soldiers to nine.

The statement goes onto say that the SANDF will cooperate with the on-going police investigation and reiterate that its members are expected to act within the confines of the law during this difficult period as they enforce lockdown regulations to help save lives in support of the police. Any action outside the law will not be condoned. 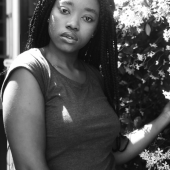 The beginnings and separation of Slaghuis Entertainment